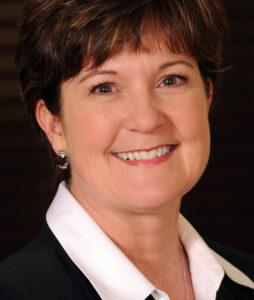 Most careers move through several stages. My informal breakdown includes the exciting “Newbie Stage,” the more profitable “Advancing Pro Stage,” and finally, the astonishing “I’ve Been Around Forever Stage.”

I’m in the middle of the third phase. I must admit, it’s a little scary sometimes when I do the math and realize just how long I’ve been in the working world. Recently I was in the car traveling with a couple of team members and before I could stop myself, I calculated my tenure and blurted the number out. Then I quickly said, “Don’t tell anyone I’ve been working that long!”

It’s passed quickly, perhaps because of the variety of roles I’ve been fortunate to experience. My professional career began in therapeutic recreation. Four years later, I was given the opportunity to become director of community relations with Eastern State Hospital. While in high school and college I was a lifeguard and swimming instructor for six years.

So, after 40+ years of full- and part-time employment (please swear you won’t tell anyone!), I’ve gathered many tips about working. Or, using today’s vernacular, I know a lot of “work hacks.” Some of them came from the excellent bosses I’m fortunate to have had and other mentors who took the time to help me.

Here is a sampling of sage advice I value most:

Work hard, even when there’s not much to do. Don’t over communicate. Plan for the worst but be prepared for people to resist. Realize that not all promises will be kept. Listen to friends’ warnings of rough seas ahead. Understand what motivates people and you can give them an excuse to do what you want them to do.

These are just a few of the lessons I’ve learned and tried to apply. What are some of your favorite work hacks?