A new president brings a great deal of excitement to an organization, along with opportunities and challenges to its public relations professionals. When the Kentucky Community and Technical College System’s (KCTCS) new president took the reins nearly four years ago, one of the first steps our Marketing and Communications Department took was to develop a plan to introduce him to internal and external audiences. Then, we worked with him to determine the voice and tone of his writing.

A little history of KCTCS, which has 16 colleges across Kentucky. We have just turned 20-years-old, and for the first 16 years, we had only one president. When he retired and Dr. Jay Box took the position, we knew we had to rethink our communications to fit his style.

Dr. Box had been the system chancellor, president of one of our colleges and served in other leadership roles with KCTCS. This was a plus because we knew him and his speaking style. Another plus was he served on several state and national boards and committees, so he already was well-known in some circles. He also was a community college graduate and had been a faculty member, which gave us some messaging opportunities internally as well as externally.

One of the first things he did was to give a vision speech to internal audiences. He wrote it, so that provided us some insights into how he writes and speaks. Dr. Box is a Texan. His style is down-to-earth and approachable, so we used that as a starting point.

We wanted to create a voice that not only shows his open style, but also his depth of knowledge without sounding authoritative or condescending. We wanted to make sure his voice was relatable to students, business leaders and the public.

After some deliberation and several tweaks, we all agreed on these voice characteristics:

In addition to his voice characteristics, we’ve been working on his visibility throughout Kentucky and the U.S. Some of our best opportunities for Dr. Box come from public radio and public television, which reach statewide audiences. Additionally, a statewide business publication and most media markets are amenable to interviews and op-eds. He has a blog, but so far, the number of followers is low. Twitter followers, however, continue to grow.

We send newsletters from the president to several thousand stakeholders who’ve opted in, and we are working on a new, more targeted version of that for key influencers. He has a website, which we are in process of upgrading and incorporating into our new content management system.

Nationally, our president is called on by higher ed publications for interviews or quotes about issues affecting community colleges or higher ed in general. These are the types of opportunities we want to expand, and we continue to try to build relationships with those outlets.

Internally, one of the first branding steps we took was a college tour. He visited our 16 colleges where he had town hall meetings with faculty, staff and students. He also met separately with local business leaders, elected officials and media. This was the first time many people had met him, so the town hall format and small group meetings showcased his personality well.

Other internally focused branding includes quarterly KCTCS News videos in which we pair Dr. Box with a former television anchor who hosts the program. Dr. Box does other videos throughout the year, including a yearly holiday message.

We still have plenty of work to do even though we’re four years into his presidency. At the top of our list is to continue building relationships with legislators and business leaders throughout Kentucky. Right behind that is more national exposure. His involvement in Rebuilding America’s Middle Class and the American Association of Community Colleges give us a leg up, but we continue to look for additional opportunities to brand our president. The next thing on our list is a podcast.

If you have tactics that worked for you, I’d love to hear about them. Email me at mary.hemlepp@kctcs.edu.

Mary Hemlepp, APR, is a member of the Thoroughbred Chapter in Lexington, Ky.

The value of PRSA Leadership 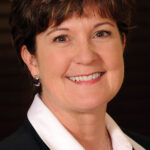 There I was, a youngish professional from a small city, sitting as an equal with some of the nation’s PR elites. It was an eye-opening experience to serve on the PRSA Board of Directors, the PRSA Foundation and related committees. Together we made decisions regarding policies, professional development requirements, future leadership and other issues of the day.

How did I get there? Was I connected or an extremely talented person? While I like to think so, the truth is I was there because I raised my hand and volunteered to play a leadership role in our association repeatedly through the years.

Service takes time, but it’s a worthwhile investment. I sometimes wonder about professionals who say they don’t have the time or money to be involved with a professional organization. I paid my own dues and monthly luncheon fees for the first 10 years that I was a member even though I worked for non-profits and didn’t make a lot of money. My first leadership position was chapter secretary. Step by step I progressed through every officer position in the chapter, then each East Central District position. Year after year I gained experience and contacts.

That’s when I received a call that PRSA needed to fill the unexpired term of Don Durocher. Don was a highly respected and beloved ECD member from Detroit, so these were big shoes to fill. Someone on the Board had recognized my service and nominated me for the seat. Fortunately, Tom Preston, APR, Fellow, PRSA, for whom I was then working, was all for it. He agreed to give me the time and pay the expenses for me to serve.

So, what’s the payoff of spending your personal and professional time this way? The benefits I experienced fit into several categories:

Gaining visibility: Had I wanted to move to a bigger market, I could easily leverage my relationships with renowned leaders such as Patrick Jackson, John Beardsley and John Paluszek. You may or may not recognize those names, but they were leaders worth knowing and emulating. John L. Paluszek continues to serve the profession as Senior Counsel at Ketchum.

Learning from peers: We tackled tough issues on the board and it was illuminating to see how others approached problem-solving and communication. In addition, I could get their input on issues I was grappling with.

Camaraderie: I grew very close to a few of the board members I served with. We had fun spending time in different cities where the meetings were held. It’s been many years, but I still have fond memories of them and the good meals and laughs we shared.

Having a say: As communicators, we want to have input into our professional association, so it can be meaningful to consider the challenges and opportunities, offer solutions and then work together for the best possible decision. Leadership gave me experience in doing this and made me value my membership more than those who have no idea what goes into association management.

Recognition is not something I usually seek, but I must admit it feels good when it comes along. The East Central District recently noted my years of service with the 2015 Platinum Award. It wasn’t until I looked at the completed nomination form that I realized how many roles I’d played over the past 36 years. Ironically, the award is given in honor of Don Durocher, whose seat on the national board I’d filled.

Hands down, leadership in PRSA has helped me grow as a professional and gain confidence. I know that there are thousands of my peers I can call on and many of them are my friends. What a great return on my small investment!

Nancy Wiser, APR, Fellow, PRSA, is president of Wiser Strategies in Lexington, Ky. Nancy is a member of the Thoroughbred Chapter and the Counselor’s Academy.