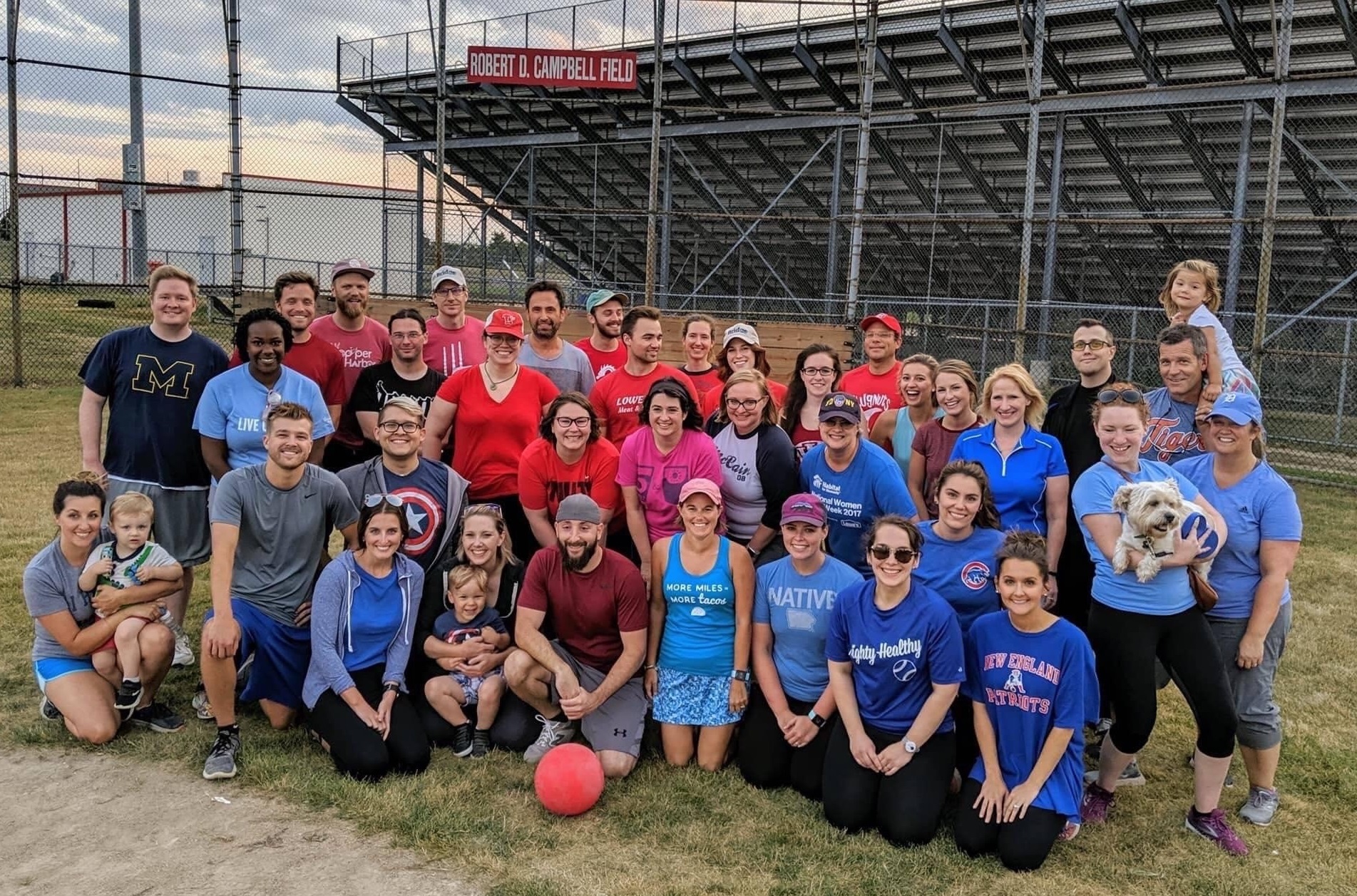 The “This is not your father’s Oldsmobile” tag line debuted in 1988 and marked the beginning of the end for the Olds brand, killed off by GM in 2000.  Slate called it a case for a how a strongly identified brand can over time become its undoing.

Olds tried to distance itself from its reputation for middle-class achievement status and ended up with no clear identity, alienated loyalists, and the old brand carved into its headstone.

That’s not the way PR is done these days in Lansing, the state capital and the sixth largest city in Michigan.

The Lansing metro is an educational, cultural, governmental, commercial, and industrial center. Neighboring East Lansing is home to Michigan State University with an enrollment of more than 50,000.

Central Michigan PRSA has its hub in Lansing but serves the diverse Mid-Michigan area of the state. The chapter proudly claims Michigan State Advertising/Public Relations Professor Andrew Corner, who will be formally inducted into the PRSA College of Fellows in October.

CMPRSA Past President Greg Rokisky represents the chapter’s energetic young leadership. Greg now serves as a director on the ECD board.

It took an abundance of energy and distinct leadership for CMPRSA to pull off a prompt pivot early in the COVID-19 pandemic to virtual programming.  “Our chapter’s members have repeatedly told us in surveys that programming is one of the major draws to our organization,” said Chapter President Jessica Tramontana in the Chapter Spotlight survey.

That included a trend-setting decision to take the PACE Awards to a virtual platform. “In 2020, our chapter was one of the nation’s first to host their annual awards program virtually,” said Jessica.

CMPRSA then leaned in powerfully to a central cause of our time by creating the “Inclusion, Diversity, Ethics and Advocacy (IDEA) Champion” position for the Chapter and naming Camara Lewis to fill the role.

“The IDEA Champion is a pivotal role to ensure diversity of thought and participation is found within all of our professional development activities,” said Camara. It included fresh policy, professional panel discussions, and speaking out against hate.

The chapter looks forward to moving past COVID and returning to more social, in-person times.  With “Sparty” down the road at Michigan State the lure may seem to be tailgating. But CMPRSA actually gets a bigger kick out of kickball. More on that in the chapter Fun Fact!

CMPRSA’s secret to happy chapter is an open secret.  They want to know what you think, and they want to be current with the demands of the time.

Looking back on the “Not your father’s” days in Lansing, there is no shame in the Olds name.

The city transformed into an industrial center for manufacturing automobiles and parts, among other industries and by 1956 doubled in size. Today, Lansing’s economy is diversified among government service, healthcare, manufacturing, insurance, banking, and education.

Not bad for the original “Biddle City,” a non-existent town on flooded swamp land, invented by scam artists.

In 1835 two brothers from Lansing, New York plotted floodplain land, underwater most of the year, and sold it to 16 men back in Lansing, describing it as a full city with town square. Too embarrassed to go home, the scam victims settled nearby in what is now metropolitan Lansing.

In 1847 Michigan looked to move the capital from Detroit to a more central and safer location. Frustrated by the political wrangling, lawmakers privately chose the tiny Township of Lansing.

It calls to mind Olds final slogan from 1999: “Start Something.”

Give us a brief history of your chapter.

CMPRSA was founded in 1977 by a handful of local public relations professionals. A beginning mission statement of the chapter stated its purpose was “an association through which public relations practitioners interact, develop professionally, support members and the community, and strengthen the profession.” Our chapter currently boasts over 150 members.

Who are your current executive officers?

What is normally your biggest project of the year?

Each year, CMPRSA hosts its annual awards program and fundraiser, the PACE Awards. The PACE Awards are mid-Michigan’s highest honor of public relations activities and are awarded annually to practitioners who, in the judgment of their (out-of-state) peers, have successfully addressed a contemporary issue with exemplary professional skill, creativity and resourcefulness. More than 300 organizations have been recognized for excellence in public relations over the past three decades. Non-profit organizations, corporations and public and private agencies in an area spanning eight counties can enter.

How has your chapter pivoted with the COVID-19 pandemic?

Our chapter’s members have repeatedly told us in surveys that programming is one of the major draws to our organization. Our programming committee chairs have worked hard to deliver content, speakers and networking opportunities to members in a virtual capacity to accommodate and recognize different comfort levels in the midst of a global pandemic.

In 2020, our chapter was one of the nation’s first to host their annual awards program virtually. Originally scheduled for April, the first-ever virtual ceremony was held in June. Our event committee worked diligently to maintain the integrity of the event, while recognizing the program’s winners and sponsors. A post-event survey found that our members felt the event was a great way to feel connected in celebration of 2019, while also maintaining a safe environment during the pandemic.

How has your chapter leaned into Diversity, Equity, and Inclusion?

In late 2019, CMPRSA adopted a brand new inclusion policy as our chapter continues to recommit ourselves to the work of a more diverse, equitable and inclusive community for every practitioner we serve in the greater Lansing and Mid-Michigan region. Our board continues to review this policy and enact change where and when it makes sense.

Part of our DEI goals is to attract, maintain and engage a diverse and ethical demographic to our region. The first step to upholding our values was to ensure the Inclusion, Diversity, Ethics and Advocacy (IDEA) Champion was part of the executive team.

The IDEA Champion is a pivotal role to ensure diversity of thought and participation is found within all of our professional development activities. Adding the IDEA Champion to the executive committee not only adds a voice to the most strategic level of CMPRSA it ensures the position is filled in accordance with bylaws.

Continuing our DEI efforts this year we wrote a statement of support to the BIPOC community, spoke out against Asian (AAPI) hate and hosted a panel on accountability with four black women public relations practitioners who offered sincere and direct feedback to virtual participants on being better advocates and allies.

Any “little known/fun facts” about your chapter to share?

In August 2019, CMPRSA coordinated a kickball game against the Society of Professional Journalists (SPJ) Detroit Chapter. SPJ Detroit Chapter won, and future games have been delayed due to COVID-19, but it was a creative and fun way for public relations practitioners to connect with journalists.

What’s your secret to a “happy chapter”?

Surveying your members to use research to meet and deliver on member’s expectations.

Do you have a preferred contact email in case other ECD chapters have a question for you?